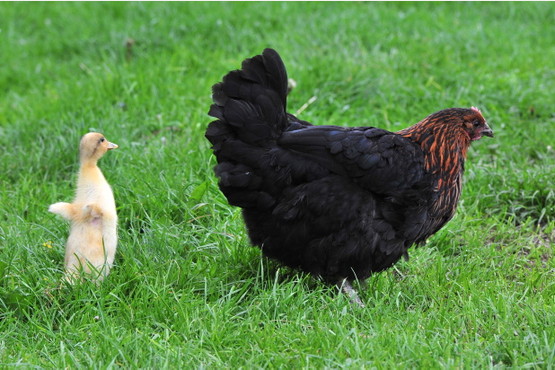 Everyone knows the story of how the ugly duckling turned into a beautiful swan.

But what about the eggs-traordinary tale of a duckling called Lucky whose ‘mum’ is a Marans hen named Victoria Peckham?

It all started when a duck at Fiskerton Primary School tried to hatch 15 eggs but either the drake or vandals resulted in 10 of the eggs being broken.

The remaining five were taken away for broody hen Victoria to sit on.

Pupils were amazed and delighted to discover the school’s new arrival when they returned from the Easter break.

Georgina Smith, 11, said: “I’ve never heard of a chicken looking after a duck before.

Courtney Hasnip, 10, said: “I was really excited to discover that the egg had hatched.

“It’s nice that Lucky is being looked after by Victoria.”

care for the school’s pets which include chickens, ducks and guinea pigs, said: “The egg hatched over the Easter holidays so when we came back there was new life, and that was really fitting.

“The duck now thinks Victoria is its mum.

“She will scrat the ground and pick worms out for the duck.

“There’s no reason why they should not be together.”

Meanwhile, a robin which nested in a play castle in an outdoor play area at the school has given birth to four chicks. 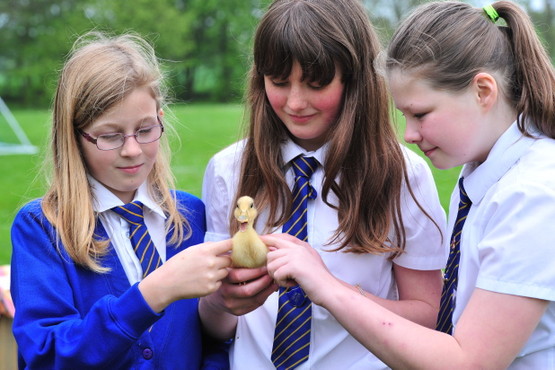